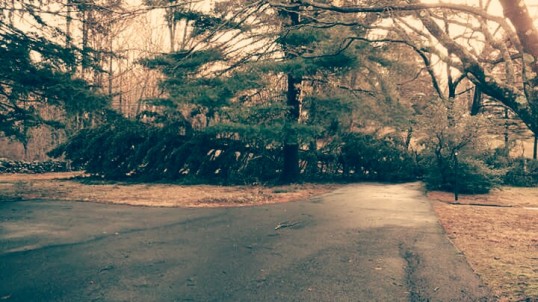 We have Pandora on almost perpetually at our home on the TV, as just an easy way to put on background music that puts the whole house in a better mood.  We have several favorite stations, but “Indie Folk Revival” is the one that seems to promote the most harmony in our domestic midst.  I don’t usually pay much attention to what particular artist or song is playing at a given moment, unless something stands out and piques my interest.  Over and over again I found myself enjoying a song so much I would look up to the TV screen – and realize that once again, it was Lord Huron.

This isn’t one of my formal album reviews, suggested by a reader and therefore full of comparisons and my basic attempts at picking apart the elements of each song.  This is not my attempt to describe a musical experience on paper for you; rather this is just a summary of my own recent natural exploration – a genuine interest in a new album that sort of organically evolved, as I noticed this artist again and again popping up around me.  I simply must share this!

Huron – maybe I was just drawn to the band’s name, because of where I’m from?   Wikipedia revealed that while this artist was now based in LA (I knew this couldn’t be the whole story), the band was actually named after childhood visits to Lake Huron and memories of good times around the campfire.  Hello, ME TOO.  It wasn’t just the familiar name that evoked this warm response for me, because so often I was sucked into the music itself, and was loving it – before I even looked up to see who the artist was.  I couldn’t resist checking out the new 2015 album Strange Trails on Spotify, and I was richly rewarded by what I found there.

The first track called “Love like Ghosts” is gentle; a little bit echoey and vintagey but still great and not at all cliché for this indie-folk genre.  The second track is really upbeat and punchy with its traditional catchiness, before slipping into a third song called “Dead Man’s Hand” that just really reminds me of Pablo Honey –era Radiohead for some reason.  We’re back to the upbeat again though by Track #4, with a song that it is a little California, and a little surf-y; with happy harmonies and a staccato delivery that just might be vocalist and founder Ben Schneider’s signature singing style.  The music is so good, you’ll find you aren’t too annoyed with lyrics like “Oh Little Darlin’ don’t you look charmin’?” because you are too busy singing along.

Track #5 is catchy and recognizable, one I easily remembered from the Pandora station – revealing Ben’s time spent in France with its gentle title, “La Belle Fleur Sauvage”.  Track #6 has backing vocals that will remind you of Buddy Holly, I kid you not!  By Track #7 “The World Ender” we’re in a space that is a little darker, with Ben singing something like “they put me in the ground, but I’m back from the dead” if I recall the lyrics correctly.  This again features a driving, bullet-like delivery on the vocals, but this time in a minor key.   “Meet me in the Woods” is reminiscent of Keane, with the underlying piano that gives an emotional basis to the song.  I noticed that at times the tracks on this album seem a bit similar to and repetitive of each other – but I still like them all so I don’t mind.

#11 is a little mellower, with a lilting but still rhythmic delivery.  There are great harmonies on this track – I recognize this as one of the songs I first heard on the Pandora rotation.  “Way Out There” is next, as more of a ballad, with minimal drums on the intro, and an instrumental focus throughout.  The wind instruments used give it a folky, almost Celtic feel.  The next track, “Louisa” is dance-y again, with lots of syncopation and a Beach-Boys-esque chorus that you will enjoy.  This is definitely one of my favorites on the album!

The last track, called “The Night We Met” presents itself calmly with graceful arpeggios. By now you’ve noticed that Ben’s voice is mellow, deep, rich, and sweet – like a modern version of Townes Van Zandt mixed with the good parts of Conor Oberst (without the grating wobbly vibrato).  He has a way of allowing the closing vowels of each word to drop off at the end of each phrase, giving a lively, clipped effect to his way of singing that goes along so well with the instrumentation of each piece.

The Wikipedia bio that I found earlier went on to say that the Lord Huron singer started out in his Michigan hometown, before going to study art at U of M and finishing his degree in France.  Wow.  PLUS I love this guy’s songwriting – I’m pretty sure in another life he was my soulmate!  At any rate I can objectively recommend this album based on my music-specific comments above, so even if you aren’t from Michigan, you don’t speak French and you don’t have cherished memories from Lake Huron like I am/do – you will get something out of this beautiful music.